Ficep S.p.A. was established in 1930 and is located at the foot of the Alps on the northern border between Switzerland and Italy. Since the beginning, Ficep has been exclusively engaged in the engineering and manufacturing of machine tools for the metalworking industry.

The Ficep manufacturing complex is comprised of several affiliate Ficep owned companies that collectively encompasses over 1,500,000 square feet. Each facility maintains the responsibility for a specific product or product group to maximize efficiency.

The facility is also utilized to rebuild used equipment and to manufacture complementary material handling elements. 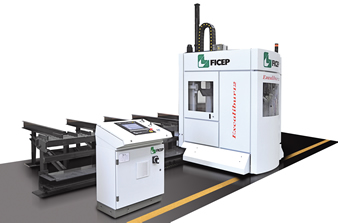 The Ficep Excalibur 12 which was introduced in 2010 is uniquely different than all other single spindle CNC drill lines previously engineered by Ficep since the first units in the 70’s.

This new product line features an exclusive secondary “X” axis with improved accuracy and productivity as it is not necessary to unclamp, reposition and re-clamp for each “X” axis (length axis) movement. This capability also permits scribing on all four surfaces to eliminate all manual layout which can be automatically imported from such CAD systems as SDS2 or Tekla. The secondary axis also provides the ability to generate slotted holes, copes and large holes that exceed the maximum capability of the Excalibur 12.

The Excalibur is also furnished with a ball screw spindle feed that features 25 HP direct drive spindle that delivers this power directly to the tool as there is no power loss from outdated transmission designs. In addition to the 25 HP at the tool the system generates up to 3,000 RPM to use carbide tools to their maximum capability.

Once the spindle is at the programmed position, top and bottom internal clamps quickly secures the material as the drill positions to the programmed gauge line and commences drilling.

The versatility of this CNC system can be exhibited when processing the following typical applications: 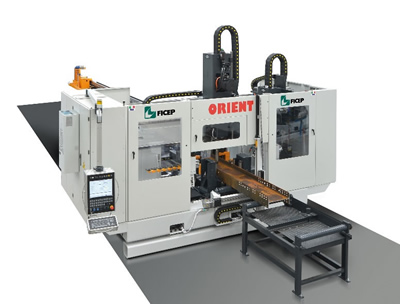 The Orient 12 Model 1201 DD CNC drill line processes material in a conventional fashion as the sections are positioned automatically to the required length dimension along the infeed and outfeed conveyor. The single or dual spindles of the 1201 DD automatically rotate up to a full 180Â° in less than one second to accommodate any hole requirements in either flange or the web.

The Orient can also be furnished with a sub axis for the drill spindle.Â  Typical hole patterns, scribing, slotting and milling can be accomplished without the need to move the section. 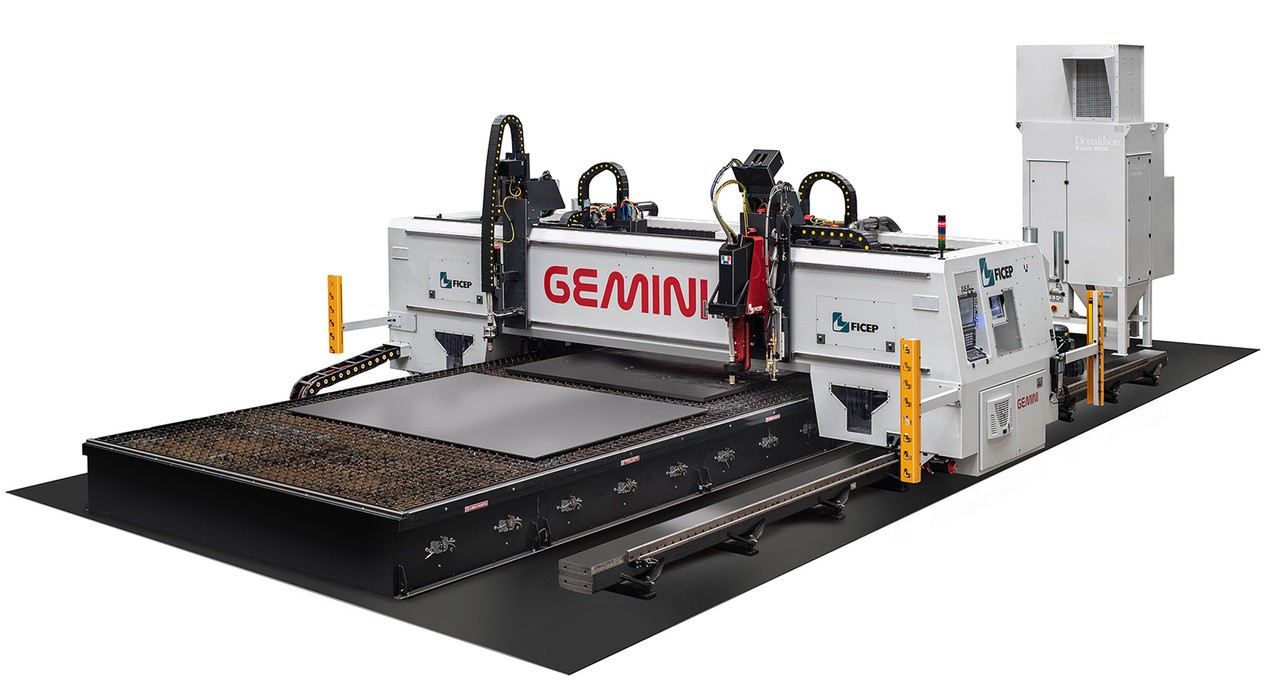 The Ficep Gemini plate processing line with its unique secondary axis for each spindle enhances the productivity by over 40% when compared to single spindle plate processor. The sub axis, in conjunction with the second spindle, is like having two plate drilling systems in the same footprint and with the same operator.

Holes do not have to be aligned to engage the second spindle as each one operates totally independently so both spindles are fully operational simultaneously. When you consider the 40% productivity increase for relatively little additional cost, this is why users are constantly opting for the dual spindle advantage!

Reach out for more information on our FICEP Manufacturing line!